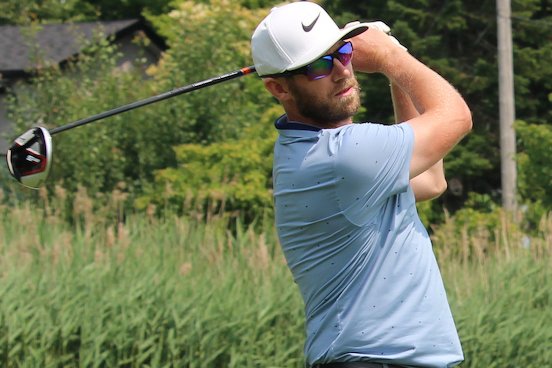 2019 marked the return of Keven Fortin-Simard on the greens and his participation in various tournaments did not go unnoticed!

The Lac-Saint-Jean golfer tied for third at the Canada Cup and ranked sixth in the Bromont Invitational. “This third place in Victoriaville was quite inspiring. It represented the culmination of so much effort and patience; I’m proud of it,” confided Fortin-Simard for whom getting an invitation to play in the Mackenzie Investments Open was an additional source of motivation. “This is an exceptional privilege and, as I have played on the Tour before, I already know how fun and exciting it will be.”

Keven Fortin-Simard doesn’t have specific goals for the Open. He is mostly aiming to maintain his performing pace and stay in the game. “I want to keep on playing like I did in the past month and a half. Things are going well for me and, most of all, I want to keep on performing at my best. Hopefully, I will be satisfied with my efforts every time that I will strike the ball next week. Obviously, being one of the main contenders would also be a dream come true!”