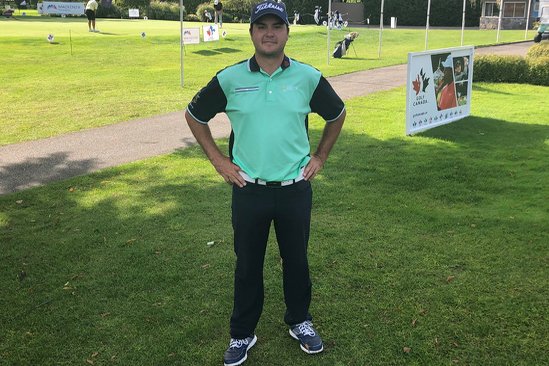 Results of the qualifier

Montréal, Québec – The last qualifier of the Mackenzie Investments Open was held today, Tuesday, on the South course of the Elm Ridge Country Club. A total of 53 players were attempting to earn one of the eight (8) places still available for the main event.

Max Gilbert of St-Georges registered a scorecard of 69 to tie for 6th with three other players. As a result, a sudden-death playoff was required to identify who would get the three last spots in the Open and who would have to leave Île Bizard and go back home, disappointed.

On the first additional hole, the Beauce native, Patrick Moriarty of Rockville, MD, and Derek Gillespie of Oshawa, ON, made a birdie while Ryan McCormick of Middletown, NJ, recorded the par.

With this performance, Max Gilbert becomes the 14th Québec player to earn his place in the Mackenzie Investments Open to be held from September 5 to 8, 2019.

Other Québec players are:

About the Mackenzie Tour-PGA TOUR Canada

The Mackenzie Tour - PGA TOUR Canada is a series of tournaments played across Canada each summer, where tomorrow’s stars begin the path to the PGA TOUR. The leading five money winners at the end of each season earn status on the Korn Ferry Tour for the following year. The tour’s alumni include 31 PGA TOUR players and 200 Korn Ferry Tour players since 2013. The Mackenzie Tour’s mission is to deliver a PGA TOUR experience for its members, fans, volunteers and partners in order to develop the future stars of professional golf and enrich the communities it visits.

Golf Québec is the governing body of golf, which provides leadership and promotes the growth and development of amateur golf throughout the province, while preserving the integrity and traditions of the game. It has approximately 45,000 members in close to 235 golf clubs in the province of Québec and Eastern Ontario. Some of Golf Québec’s core services include the Golf in Schools Program at the elementary and high school levels, Golfmobile, Future Links, driven by Acura, Canada’s national junior golf program, First Drive, She Swings, She Scores, and the Junior Golf Development Centres (JGDC), the Rules of Golf, handicap and course rating services, Golf Fore the Cure, as well as the Québec Golf Hall of Fame. In addition, Golf Québec conducts regional and provincial amateur championships. For more information, visit www.golfquebec.org.