Pendrith matches his own course record 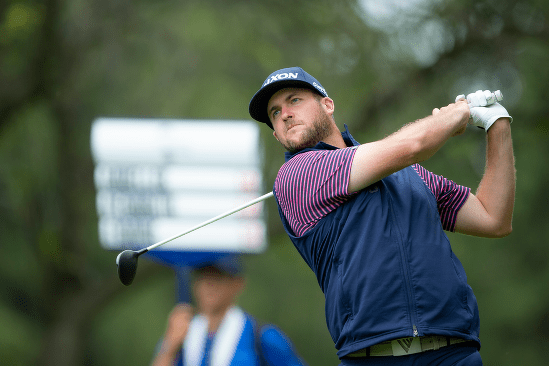 MONTRÉAL, Québec — On Friday at the Mackenzie Investments Open, Taylor Pendrith became the only player to shoot 62 at Elm Ridge Country Club.

On Saturday, Pendrith became the only player to shoot 62 at Elm Ridge Country Club twice.

In what he calls a “very similar round” to Friday, which also featured nine birdies, one eagle and a bogey, Pendrith, who entered the day tied for the lead, separated himself from the field and heads into Sunday with a five-stroke cushion over Kyle Mueller.

“It’s always hard to back up a really low round with another low one,” said Pendrith, who has shot 62 four times in his past four tournaments. “I feel really good and I’m hitting it great off the tee and taking advantage of having a lot of wedges in. Everything went my way today.”

Getting off to a hot start, Pendrith opened with four birdies in his first five holes, quickly jumping two-strokes ahead of Mueller.

“Everybody in our group played well,” said Pendrith. “Kyle (Mueller) and I both shot 4-under on the front and then after I made birdie on No. 11, I kind of just took off.”

Watching Mueller drain a 30-foot putt on the same line, the Richmond Hill, Ontario native confidently did the same before closing his round out with a birdie on the final hole.

Pendrith is seeking his second win of the Mackenzie Tour season, a win that would likely catapult him into the second position on the Order of Merit.

A win on Sunday would come in a different fashion than his maiden victory at the 1932byBateman Open in Edmonton a month ago, where he shot a course-record 63 on Sunday to erase a four-stroke deficit.

“I’m just going out there and playing golf,” said Pendrith, who managed the lowest back-to-back rounds on the Mackenzie Tour since Zach Wrights 62-61 start at the 2018 Lethbridge Paradise Canyon Open. “Having the lead is nice, but I’m going to go play aggressive, I always have. I’m a pretty aggressive player and I’ll try to make as many birdies as possible and see how we do at the end.”

14 strokes ahead of fellow Canadian James Allenby, Taylor Pendrith is primed to earn his sixth Canada Life Canadian Player of the Year award of the season.

“It was frustrating the past two and a half years, but I’m feeling really good now and my game is better than it probably ever has been. It’s nice to be back practicing the way I want to. I’m in a good mental space as well, I’ve really embraced the past few years and I really wanted to have a bounce-back season and my game feels really good and the results are coming.” – Taylor Pendrith

“I hit the ball today really well, I don’t think I missed a green, I didn’t chip at all. Yesterday was really similar, hit a lot of good wedge shots in and took advantage of the par 5s. I did have one bogey in each round, but it’s a challenging course when you get it out of position, but I was able to make a ton of birdies too.” – Taylor Pendrith

“I played well today. We were duelling it out on the front nine, we both shot four under, but on the back he started to lap me. I made two silly bogeys on hole Nos. 10 and 11 and he made birdie on No. 11 and kept making more birdies.” – Kyle Mueller

“I made a nice 30-foot putt for eagle on No. 17 and he went ahead and made his 20-footer and then made birdie on the last, so it was really fun to watch. We’re both playing well, he beats me by five today and I’m five back going into tomorrow, but there’s no pressure or anything. If he does that again, I have no chance, but if I shoot a 62 or 63 tomorrow, who knows.” – Kyle Mueller

“I’m going to do the same as I’ve been doing, it’s obviously been working. I can play aggressive tomorrow because there’s nothing to lose. I have to make a ton of birdies out here.” – Kyle Mueller

“It’s been awhile since I’ve been in contention. The last big tournament I’ve been near the lead was regionals my senior year, so I know how to handle the nerves. I wasn’t nervous today and was comfortable which was good to see. It’s fun being near the lead, it’s fun being in that final group and trying to make a bunch of birdies to win instead of making a bunch of birdies to make the cut. I’d much rather be in this position and I really enjoyed it.” – Kyle Mueller

“I’m rolling it unbelievably well. Today I probably made 150-feet worth of putts. I had at least four 20 footers go in today. I haven’t putt this well in a long time, I’m hitting driver okay and keeping it in play, and the lift-clean-and-place the past few days have helped since it’s so wet.” – Hayden Shieh

“In Halifax, I was wedging it really close, it was pretty much driver every hole and then a wedge inside 80 yards. There, I was hitting it to six feet and making them. Here, I’m making the 10-20 footers.” – Hayden Shieh

“My approach shots were really good today, I had so many holes with kick-in birdies and that keeps the stress off. I hit it in the hole from the fairway on No. 5, I hit it past the hole and Blake Olson saw it go in. He had a big reaction and I was like, ‘oh, it must have dropped.’” – Theo Humphrey

“I think, after two-weeks off, I got a lesson and focused on some fundamentals to regroup and get back where I have to be. I do like the golf course, it’s a tight tree-lined course, which I’m used to, so it suits me well.” – Theo Humphrey

“It was a pretty solid bogey-free day. I played solid yesterday but just couldn’t get any putts to drop, all three of my birdies were tap ins, so I couldn’t make anything. I made a couple early in the round today to break the seal and it was pretty scorable conditions without much wind and the greens are fairly soft, so once I made a couple, I stayed aggressive and the putter was hot.” – David Pastore

“It’s difficult to get your chances on the Korn Ferry Tour. I’ve been playing for a few years now and had my fair share of good play so I’m fairly confident I can do well out there. I’ve had some good finishes this year so I’m hoping to finish the season strong and to try to get some status for next year.” – David Pastore

“I’m looking forward to being in contention. I was pretty far back of the lead starting today, so if I can shoot another round like this it will put me in the hunt and that’s a lot more fun than shooting a good round to back door into a top 10. I played here last year and I’m fairly comfortable with how to play the course and hopefully I can have another good round tomorrow.” – David Pastore

“I know they’ve been saying that the race for the top spot has never really been quite like this, with so many of us with a chance to get it. It’s been fun seeing Jake (Knapp) too, a past teammate, play well and I hope for him when I’m not up there, but I would also like to beat him out for that top spot. It’s going to be a really fun finish to the year and hopefully I can have a good round tomorrow. – Lorens Chan